Villas by the Sea

On our last Do What You Want Saturday, we found ourselves in the car headed for Jekyll Island. We were purely interested in taking advantage of the twenty miles or so of bike paths. This is my favorite place to ride so far!

You will see everything – marshland, beaches, shaded forests, the golf course, and even Millionaire’s Row, the Historic Village, and the Jekyll Island Club Hotel. 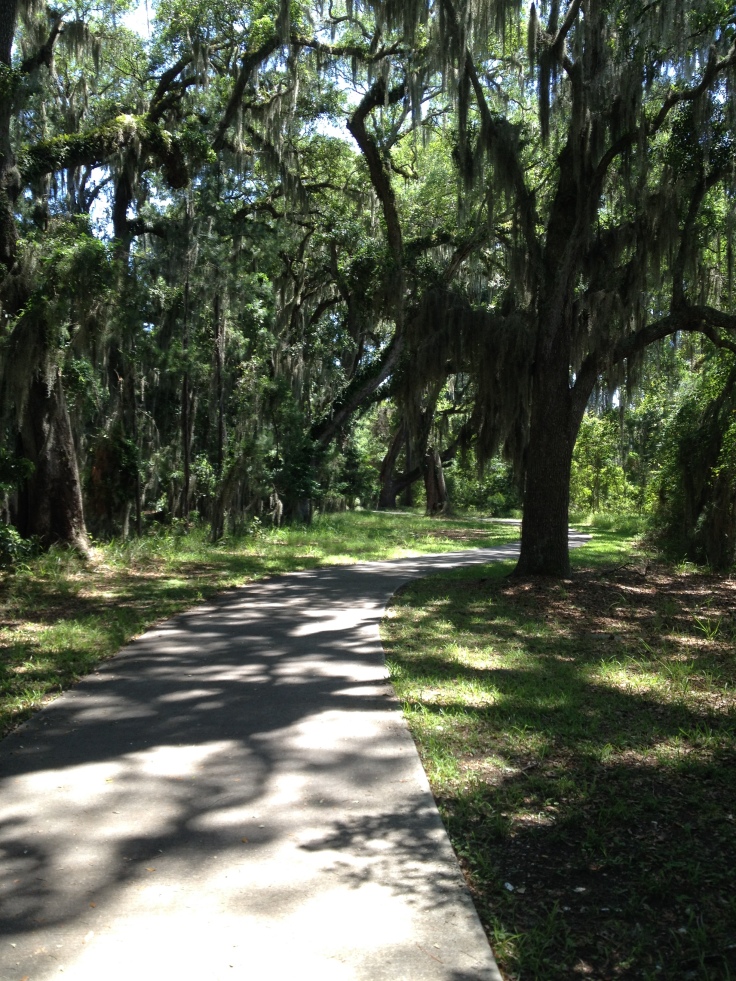 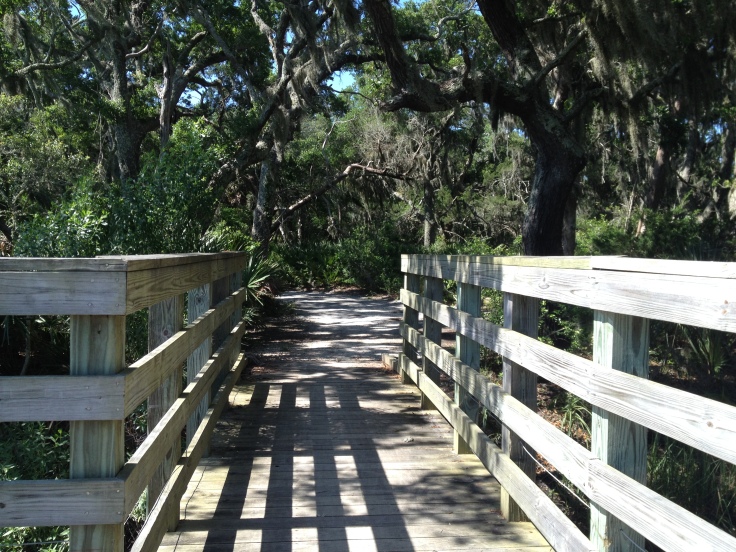 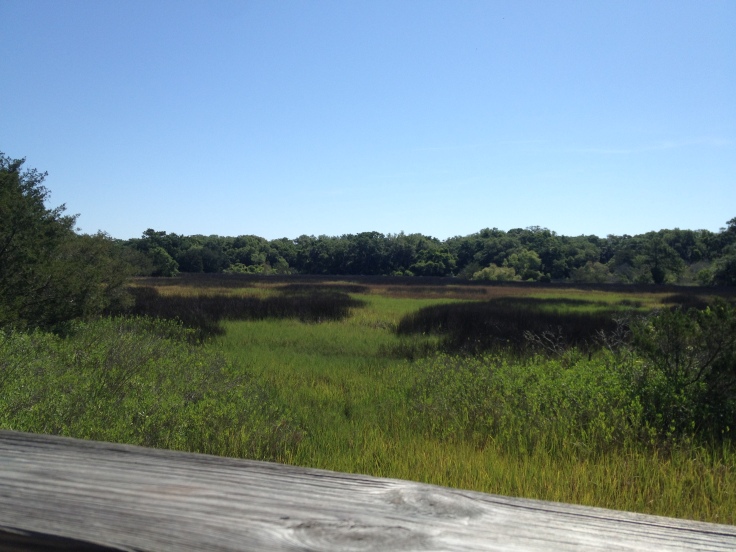 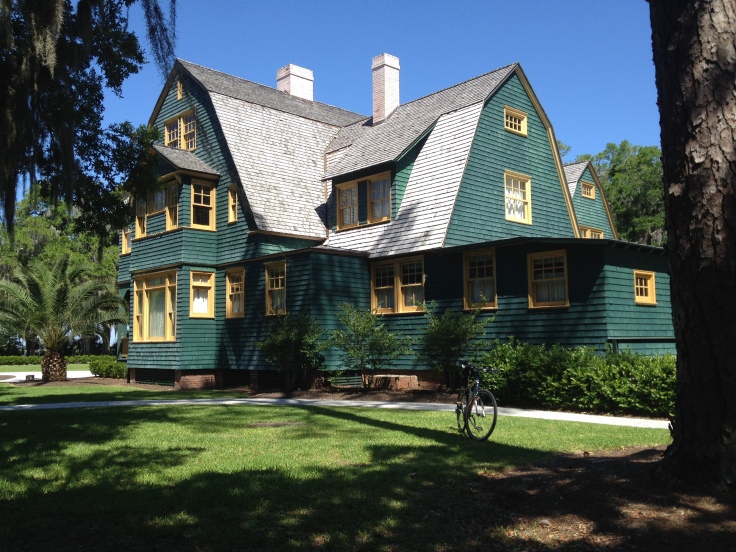 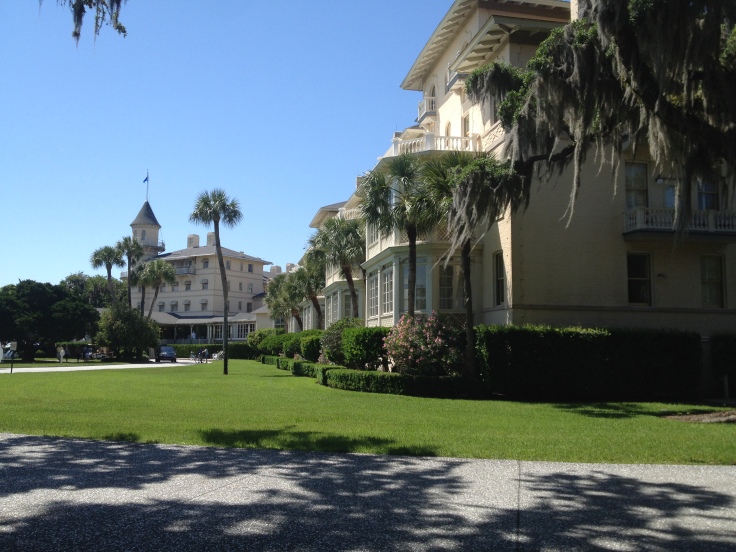 The Jekyll Island Club Hotel is quite the place. From their website:  “Our historic Georgia Club was described in the February 1904 issue of Munsey’s Magazine as “the richest, the most exclusive, the most inaccessible club in the world.” Its impressive members included such luminaries as J.P. Morgan, William Rockefeller, Vincent Astor, Joseph Pulitzer, William K. Vanderbilt, and other recognizable names on the roster were Macy, Goodyear, and Gould.” The reason this stuck out to me is because I was reading F. Scott Fitzgerald’s The Last Tycoon last weekend and on page 16 he describes one of his main characters as “He knew them all – Gould, Vanderbilt, Carnegie, Astor – and he said there wasn’t one he’d care to meet again in the hereafter.” That line just killed me.

I had not seen the island in twenty-five years, when my grandparents took me and my cousin to stay in a condo at Villas by the Sea. I am pleased to report that it was just as I remembered it (in a good way). Driftwood Beach is not as good as Cabretta on Sapelo. But, the Villas did have a nice private boardwalk to rest awhile, and I got to see a wrinkly, swirly, old (assumingly) tree. Not pictured was a set of stairs leading directly into the sea. It was high tide, and of course the stairs normally just lead onto the beach, but when I saw them it was a stairway leading down into the sea. We stood as far down as we could until a wave pummeled us. One day I will write a great American novel and the characters will be: God as a child who is scared of the rain, people who decide to disappear from this terrible world by walking down stairs into the sea (they aren’t suicides – der, this is a gateway), and the princess who has been reincarnated and trapped in a middle class working life as penance for her previous sins. But I digress. 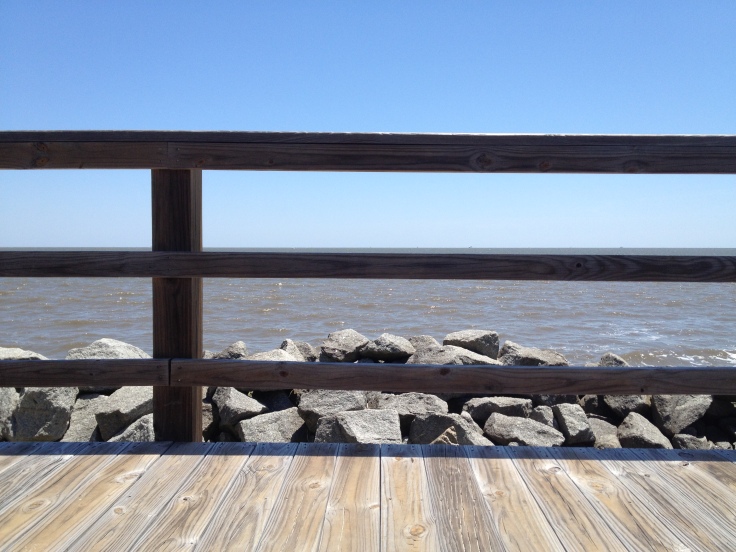 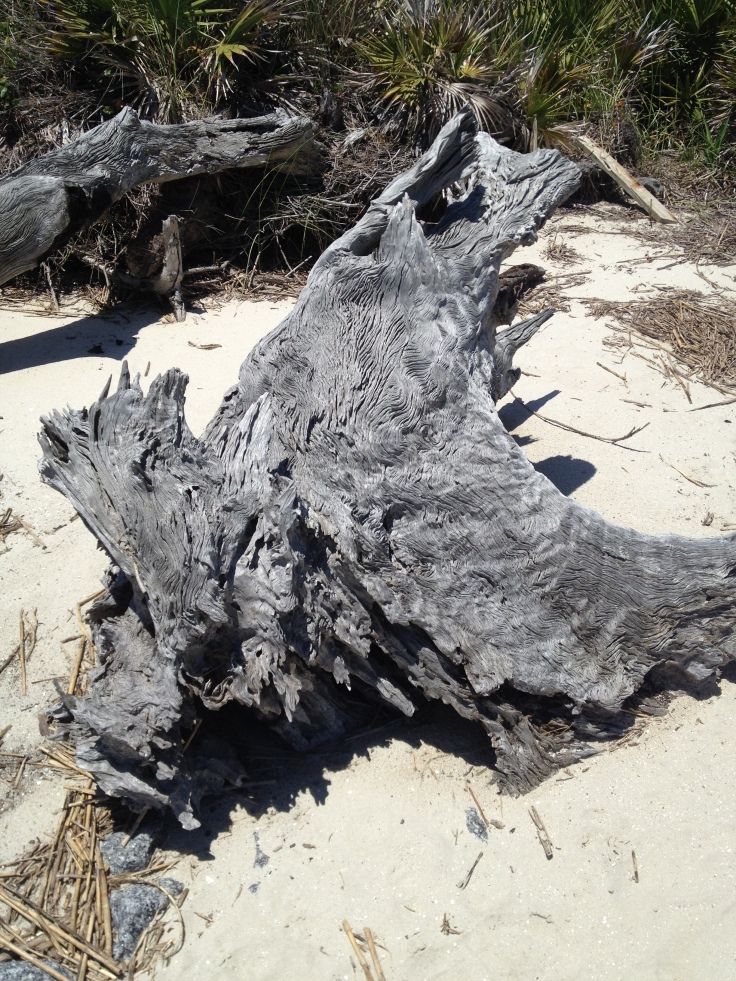 On the way back from the beach through the property at the Villas, walking in the great shade cast over me by giant and looming oak trees covered in Spanish moss, there was a slight change in the wind. The whisper wasn’t audible, it was more of a heart sound. It came to me in the form of my eight-year gone grandfather’s voice. The sound told me I was going to be okay, and it caused instant joyful and peaceful tears.

We passed the airport and stopped to watch a family load themselves into a 1966 Cessna 310 that was painted eggshell blue and looked like it should be set on a permanent loop of “Wouldn’t it be Nice,” and if you were flying it, you wouldn’t even care if it was. I tried to get an ice cream in one of the fancy shops close to the hotel. The lady lured me in because she was so audacious she put a sign outside her shop that read “Ice cream.” After I walked all the way in there, I found that the woman was nothing but a damned liar. She was selling frozen novelty items, NOT ice cream, and if you don’t know the difference there’s nothing I can do to help you. Four miles back up the road to the Dairy Queen where at least they actually sell ice cream, and I was happy.

Eating ice cream under the sun. Listening to the heart sound.